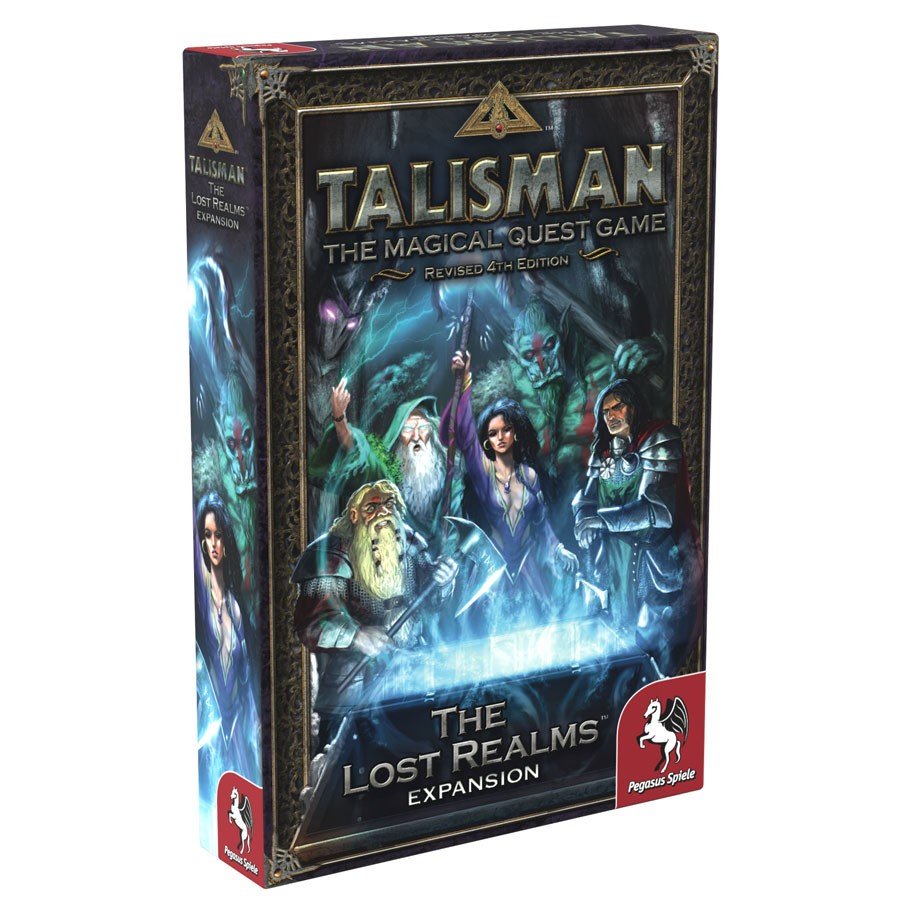 Talisman: The Realms combines the two small expansions The Nether Realm and The Deep Realms in one set.

Journey through the realm of Talisman on your quest for the Crown of Command but beware the fiery Pyrochanter, fearsome Titan Wraith, and other Nether Deck enemies that seek to thwart your plans in The Nether Realm expansion. The Nether Realm — designed by Jon New, the man behind the Talisman-dedicated fansite Talisman Island — offers three new alternative endings for Talisman, along with new Nether cards. Fate also plays a part in this expansion, helping against some of the larger foes found in the Nether deck, but it could also prove to be your downfall.

Talisman: The Deep Realms allows you to travel between the Dungeon and the City regions by venturing into the dark, dank, and haunted passages that connect them. You can cross through the two corpse-filled and rat-infested Deep Realms by means of a perilous bridge or venture even deeper into an ancient system of tunnels inhabited by rats, feral pets, and much worse monsters. In the gloomy and perilous Deep Realms you will certainly encounter tremendous danger, but you may also find tantalizing wealth – or even a Talisman.

To use the The Realms expansion, you need the Talisman base game as well as both The Dungeon and The City expansions.