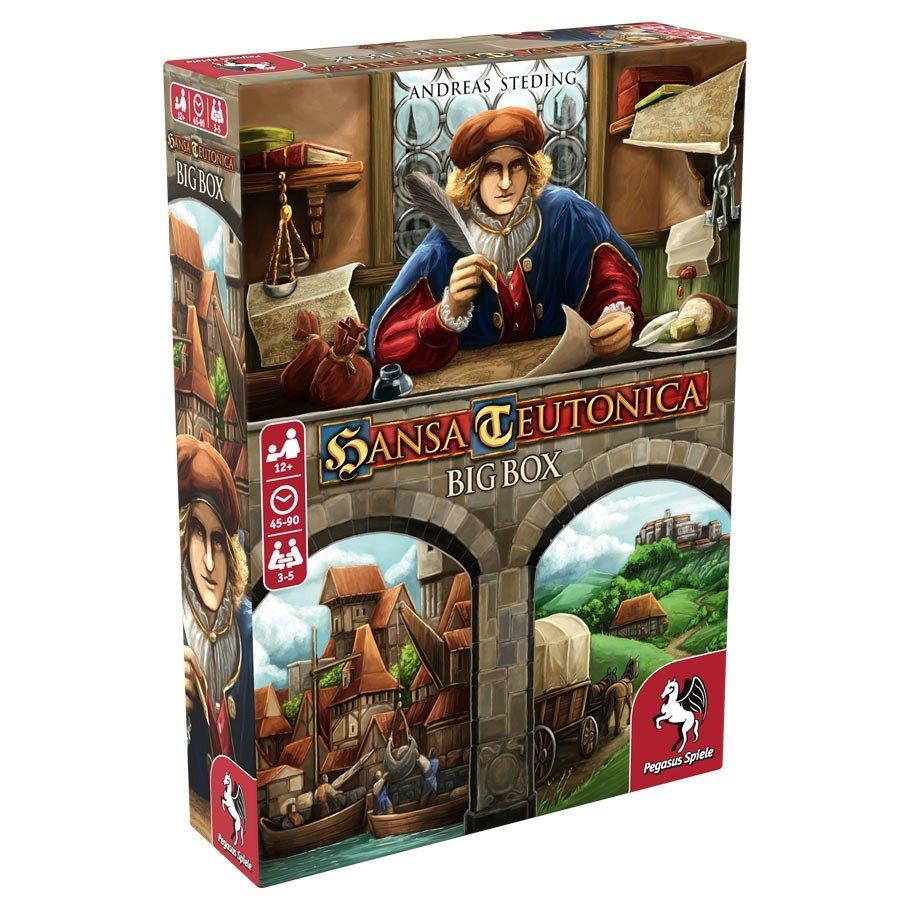 Deutsche Hanse or, in Latin, Hansa Teutonica, are alternative names for the Hanseatic League, an alliance between merchant guilds and (later) between cities originating from lower Germany. Cities that joined the League were called Hansa cities. Players attempt to increase their standing as merchants in the Hanseatic League by gaining prestige points. This may be done in different ways: Establishing a network of Counting Offices in new Hansa cities may be as promising as improving trading skills.

Base game and all expansions compiled in one box.